Payoo is a simple card game to find a common image between any two cards. The game can be played in six different ways by either accumulating or discarding the number of cards in your hand. The game is can be played among players with various age differences and still have fun.

Payoo consists of illustrations based on the flora and fauna found in Nepal. The game seeks to raise awareness and start a conversation about the endangered species of Nepal. 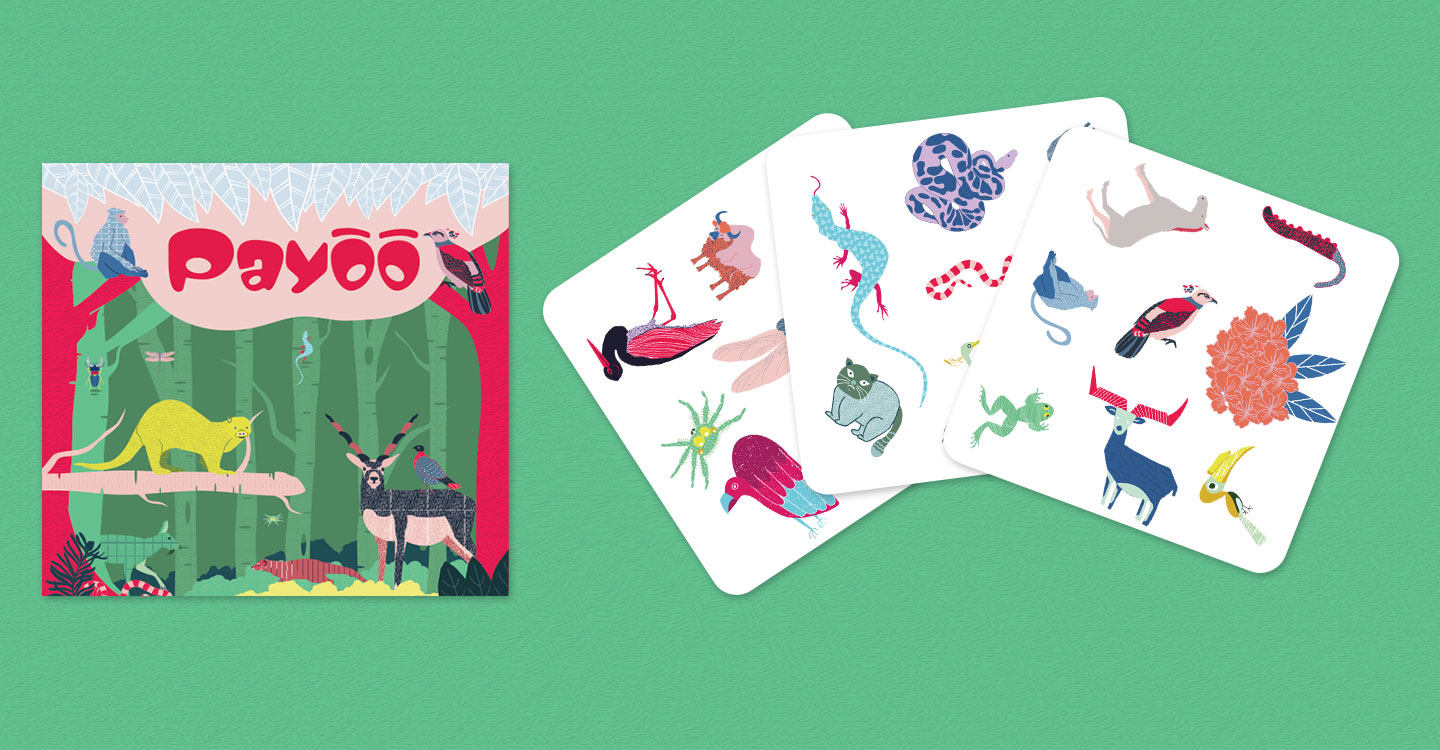